Storage
Dark, dry and at room temperature. Keep out of direct sunlight.
Keep out of reach of young children.

What is BioActive Uniqinol 50 mg? 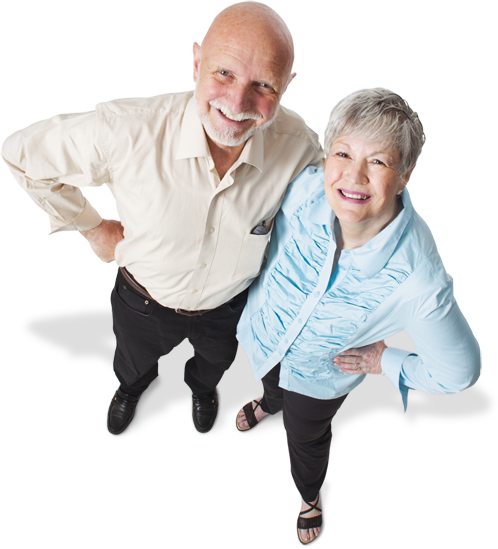 Dietary supplements with ubiquinol have one drawback, ubiquinol oxidizes once it is exposed to oxygen and thereby returns to its original form, ubiquinone. By means of a special manufacturing process, however, Pharma Nord has succeeded in encapsulating the raw material in a way that allows it to remain in its reduced form.

The patented active ingredient in  BioActive Ubiquinol is protected by a unique carrier to avoid oxidation and degradation of the ubiquinol in order to deliver the compound in its intended form.

Bio-Ubiquinol is a strong antioxidant and helps support the body with replenishing low levels of Q10.

When a cell needs energy, it converts fat, carbohydrate, and protein, to ATP (adenosine triphosphate), a molecule that stores energy in its chemical form. The cell breaks down the ATP molecule and releases the energy trapped inside. The entire process takes place inside the cells in some small bean-shaped structures called mitochondria. Q10 is found in all mitochondria. Muscle cells are particularly dependent on large amounts of energy, which is why muscle cells contain substantially more mitochondria than other types of cells. The heart muscle is a good example of body tissue with cells that contain a large number of mitochondria and have a correspondingly large energy requirement.

Q10 is found in different types of food. Our diet consists of both ubiquinone and ubiquinol, about half of each with the best sources being products like:

The reason why Q10 cannot be called a vitamin is that the body is able to synthesize it. The endogenous production of Q10 takes place in almost all of the body's cells. As we grow older and also as a result of certain diseases, our body’s ability to synthesize Q10 tapers off. Experts estimate that the body’s Q10 levels peak in the early twenties. From this point on, the body’s production of Q10 starts to decline.

Although it has not been established officially, the diet is thought to provide around 5-10 mg of Q10 daily. The body has a Q10 “buffer” of around 1 to 1.5 grams. The major part of this reserve is stored in the heart, kidneys and liver.

Q10 and cholesterol, a substance that is also produced in the liver, share the same chemical pathway. Scientific studies have shown that certain cholesterol-lowering drugs inhibit the body’s natural production of Q10.

Studies show that even if you take Q10 dietary supplements of for an extended length of time it does not affect the body’s endogenous production of the compound. Some studies have used doses of up to 1,200 mg daily without any problems. More than 20 years of science support the use of Pharma Nord’s Q10.

There are two natural versions of the vitamin-like compound coenzyme Q10 that are closely related, chemically speaking: regular Q10 (ubiquinone) which is the oxidized form and QH (ubiquinol) which is the reduced form. The body needs and uses both forms and is therefore able to convert one form to the other and back again, depending on which form of Q10 it needs for any specific task. In the cells' mitochondria Q10 is constantly switching back and forth between being oxidized ubiquinone and reduced ubiquinol depending on whether it biochemically donates or accepts electrons. Both ubiquinone and ubiquinol are active forms of Q10

The big question that gets consumers all confused is what type of Q10 to take. Here is a little help to make it easier for you:

No matter what form of Q10 you take, it changes back and forth from one type to the other inside your body, once it has been absorbed in the digestive system
Absorption studies show that the body can absorb both forms of the substance
In the Q-Symbio study (Journal of the American College of Cardiology, Heart Failure, 2014) the scientists used ubiquinone
The scientists also used ubiquinone in the KiSel-10 study (International Journal of Cardiology, 2013), where Q10 combined with selenium improved quality of life in old but healthy men and women from Sweden
In fact, nearly all the existing studies that show an effect with Q10 supplementation are conducted with ubiquinone (regular Q10), which means that this form of Q10 is the best documented

Another thing that deserves a note is that Bio-Quinone Q10, which is one of the most well documented Q10 brands available, contains ubiquinone. This specific formula has outstanding bioavailability thanks to a special manufacturing technique that involves using different types of oil and a heating treatment that prevents the Q10 molecules from forming large, indigestible crystals.

In contrast to ubiquinone with its characteristic yellow color, ubiquinol is white. A good way to test products with ubiquinol is to pierce the capsule/softgel and squeeze out its contents. If it is white, it is ubiquinol. If it is yellow, it has been tranformed to ubiquinone. 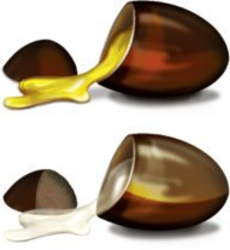 What is vitamin C?

Vitamin C is also called ascorbic acid. It is a water-soluble vitamin with many functions in the body. Among other things, it acts as co-factor in a number of enzymatic processes. Vitamin C protects the body's cells against oxidative stress; it contributes to our normal energy metabolism and helps to reduce fatigue and exhaustion.

The low pH of vitamin C helps to stabilize the ubiquinol content of the capsule.

The EU Food Safety Agency (EFSA) has evaluated the evidence behind the product's content of vitamin C and has acknowledged the following statements:

Bio-Selenium+Zinc: Selenium contributes to the conversion back and forth of Q10 between its reduced and oxidized form, and zinc contributes to a normal immune function, fertility and metabolism..

Zymbion Q10 Toothpaste increases the amount of coenzyme Q10 in the gingival pockets. This external supply is complemented by internal Q10 from BioActive Uniqinol.

Do you have a question?