A strong vitamin B Complex

Directions
1 tablet daily, unless otherwise adwised. Do not exceed the recommended daily dosage.

Not suitable for children under 11 years.

A dietary supplement is no substitute for a varied diet and a healthy lifestyle.

Storage
Dark, dry and at room temperature. Keep out of reach of young children. 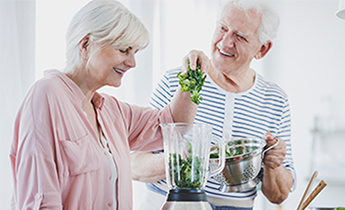 Bio-B-Complex are tablets each containing eight different B vitamins also known as the vitamin B complex.

All eight types are needed to support the various vitamin B dependent processes in the body.

Below you can see what the different vitamins can do for you.

As Bio-B-Complex contains the entire spectre of B vitamins in a strong dose it is a well suited supplement to ensure sufficient supply.

About the vitamin B Complex

All B vitamins are just like other vitamins essential, and except for vitamin B12 the body has no significant stockpile of them. As B vitamins are also water soluble, we need a supply of B-vitamins every day. The respective B-vitamins supports various functions in the body. Most of them act as coenzymes, which means that they bind to enzymes and helps to carry out the enzyme functions.

Primarily three areas that stand out as particularly related to the group of B vitamins, it is their impact on energy, nerves and psyche. All the B vitamins have an effect on the body's energy production. They help the body to convert carbohydrates from our food into glucose, which is used as fuel to produce energy. B vitamins also support the nervous system and our mental and emotional well-being.

Vegetarians and vegans should be aware not lacking B vitamins as they come mainly from meat, fish and dairy products.

This vitamin was the first B vitamin discovered.

Thiamine is part of the body's energy metabolism, where it is involved in the body's production of adenosine triphosphate (ATP), a molecule that carries energy in the cells. Thiamine also contributes to a normal heart function due to its importance for energy production in muscle tissue. Thiamine supports the normal function of the nervous system as it is required for the brain's normal metabolism. This includes playing a part in the synthesis of the neurotransmitter acetylcholine (via the production of acetyl CoA), an important coenzyme essential for the function of the whole nervous system and also psychological functions.

The body can only store up to 30 mg thiamine in the tissue where it is mostly found in skeletal muscle but also in the liver, heart and kidneys. Thiamine can be degraded by high temperatures, alcohol, coffee, nicotine, certain drugs, raw fish and by lack of folic acid.

Riboflavin has an orange color and is also used as a coloring agent in a variety of foods in addition to its function as a vitamin.

Riboflavin tolerate heat but can be lost with boiling water. It can not withstand prolonged exposure to light. The riboflavin level in the body is reduced by alcohol, poor nutrition, by lactose intolerance and use of oral contraceptives.

Nicotinic acid was first isolated from tobacco leaves, but it is not identical to the drug nicotine. This vitamin is available in two versions, nicotinic acid and nicotinamide, nicotinamide which is the most commonly used. In some countries, the name niacin to both forms. The two forms have the same vitamin activity, but function differently in some areas. A high dose (50 mg or more) nicotinic acid, but not nicotinamide may cause temporary redness and tingling sensation on the skin.

Vitamin B3 supports the body's energy metabolism after conversion in the body to the active coenzymes nicotinamide adenine dinucleotide (NAD) and a phosphorylated form (NADP). B3 contribute to the normal function of the nervous system by protecting against neurotoxic metabolites and by maintaining the nerve cell nuclei's normal function and growth of nerve cells. B3 contributes to normal psychological functions by affecting the body's production of the nerve signaling substance serotonin. Vitamin B3 contributes to the maintenance of the skin and mucous membranes, which is supplied with the blood through the small blood vessels which can be dilated from the action of nicotinic acid. Vitamin B3 also helps reduce fatigue by engaging in the metabolism of proteins, carbohydrates and fats for energy.

Vitamin B3 tolerate some light, heat and an acidic and alkaline environment, but the content of B3 in the body is reduced by the use of alcohol and tobacco. A protein rich diet may increase the need for vitamin B3.

The name of this vitamin comes from the Greek word "patho" meaning "everywhere" because the vitamin is found in cells throughout the body.

Pantothenic acid is involved in the body's normal energy metabolism by appearing in all cells as part of coenzyme A (CoA), required for chemical reactions that generate energy from food. Pantothenic acid helps to reduce fatigue as it is involved in the synthesis of hemoglobin that transports oxygen to the body's cells. Pantothenic acid is also important for a normal mental performance as CoA participates in the synthesis of the neurotransmitter acetylcholine. CoA is also involved in the production of so-called sphingolipids, a component of myelin sheaths of the nerves, which are necessary for normal nerve transmission. Pantothenic acid contributes to normal production and degradation of steroid hormones such as cortisone and other adrenal hormones and vitamin D and some neurotransmitters.

Pantothenic acid is reduced both at very high and very low temperatures as well as from processing of food and by long term storage.

Pyridoxine is the B vitamin that has achieved the highest number of official health effects by EFSA of all the B vitamins.

Pyridoxine does not tolerate very high and very low temperatures and is reduced by long term storage and exposure to light.

This vitamin is also called the beauty vitamin because it is involved in the maintenance of skin, hair and mucous membranes. However, biotin has several other functions. In various litterature it has been called vitamin B7, vitamin B8 and also vitamin H.

Biotin acts as a coenzyme to a variety of enzymes involved in the normal metabolism of the macronutrients, carbohydrates, proteins and fats. This metabolism of nutrients and conversion of amino acids into glycogen also affects the body's energy metabolism. Biotin is involved in the maintenance of skin and hair by entering into the keratin protein that hair and the epidermis is made up of. Thereby, it also helps the fast-growing cells in the skin and mucous membranes to regenerate. It is also involved in the enzymes that produce fat, particularly in the skin cells which are replaced very frequently. The nervous system, including the brain also needs biotin to produce neurotransmitters and thus function normally. These neurotransmitters also support a normal psychological function.

Biotin is degraded by high temperatures, processing of food and by intake of large amounts of raw egg whites. Coffee and excessive amounts of alcohol and smoking also deplete biotin. Infants are more sensitive to low levels of biotin, because they have fewer biotin producing bacteria in the gut.

Folic acid is probably best known as an important vitamin for women before and during pregnancy, as it takes part in maternal tissue growth during pregnancy, where a daily dose of 400 micrograms contributes to the normal development of the child's brain and spinal cord.

Another reason why pregnant women need more folic acid is its role in cell division, as the fetus requires this vitamin for forming new cells. Folic acid is also included in the formation of new blood cells in the bone marrow. The number of red blood cells is related to fatigue and exhaustion. Folic acid contributes to a normal immune function in that cell-mediated immunity ie white blood cells are especially dependent on adequate folic acid. Folic acid is enzymatically converted to tetrahydrofolate which contributes to a myriad of processes such as the formation of amino acids. Folic acid supports a normal mental function by being involved in the body's serotonin production. Folic acid is involved in homocysteine metabolism like vitamin B6 and B12, where it helps to convert homocysteine into methionine. Some of the regenerated methionine is used for the production of S-adenosylmethionine (SAM) which is involved in the formation of a number of hormones and neurotransmitters that affect mood. SAM is also necessary for cell growth and repair.

Folic acid might be reduced from alcohol intake, anticonvulsants, and in women using contraceptives.

Cobalamin is named after the trace element cobalt, which is included in the vitamin. Vitamin B12 often occurs together with vitamin B9 and has some similar features. Absorption of cobalamin from the intestine depends on a particular glycoprotein in the stomach known as intrinsic factor.

Why you should take Bio-B-Complex

There's a lot of reasons why you could benefit from Bio-B-Complex. Here's a list of reasons all of which are acknowledged by the European Food Safety Agency (EFSA):